A little over two years ago, Finn decided that he was going to play ice hockey. It seemed like a pretty bold choice, considering he had never even put on a pair of skates. But through hours of tireless effort, he not only taught himself to skate, but he's now played two amazing seasons of hockey. He worked his way to the starting Center position, and even registered 13 goals this last season. We are so proud of his hard work and determination, and we cannot believe how far he has come in the last 2 years. We want to give him every opportunity to play at a higher level this coming season, which means increased league fees, tournament fees, as well as off-season camp and practice fees. Thank you so much for encouraging and supporting him as he pursues his passion for hockey!

19.09.2019: Finn's travel season has officially begun. We currently have tournaments scheduled in Steamboat & Craig CO, and Phoenix and Chicago! As well as our regular season games all over the state of CO. Very excited for another fun season! 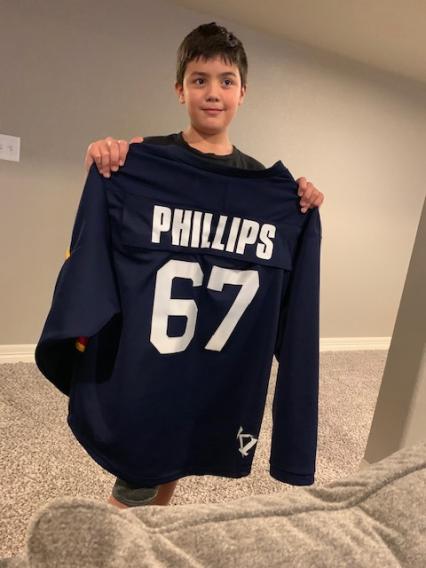