Next tip
Ok, I got it

Are you sure you would like to continue without saving?

Support Hosting of Eshkol in PGT

Forgot to support the fundraiser? Don't worry! Like in football, we enjoy overtime and let you donate after the fundraiser has ended.

The Eshkol Regional Council lies in the north-western corner of the Negev, we share a 40 km border with the Gaza Strip and 20 km with the Egypt.

During the past 17 years Eshkol has been dealing with a difficult security situation which includes rocket fire directed at our residents, kites and balloons with fire making materials infiltration attempts and the threat of terror tunnels next to our communities.

Despite all the challenges our answer to terror is to invest in life, in our community resilience, in our children’s education, in economic development and more. The kids in Eshkol full of positive energy despite the tense security situation arising from living on the Gaza border. Even so the stress of dealing with incoming missiles fired over a ten-year period has left many with emotional scars.

We see kids who want to have fun and enjoy themselves but too frequently we meet kids who suffer from unexplained apprehensions and tensions even to the extent that they cannot function. We want to give these kids the practical tools to bring out their best side and reduce their anxiety from post-traumatic stress disorders.
We are working hard to find diverse challenging and in particular meaningful solutions to their problems.

We believe that the more the youth are engaged in creative work, in the community, in the shaping of their individual and group personality, their level of anxiety will be reduced, and their high spirits will prevail. We want to create a refuge, a calm place where their youthful spirit can triumph. We want to offer support in three key areas: intellect, emotion and behavior:

• Intellectually, to build a stable personality by enhancing critical thinking that can cope even in situations of difficulty and crisis.
• On the emotional level to develop tools for self-awareness through internal monologue, promoting empathy and learning to interpret emotions by using play and sport.
• Behaviorally, we want to develop norms of behavior that create a safe space.

A boy or girl who is working to help others strengthens themselves and their peers and thus creates resilience in the entire Israeli society.

JIF Hakoah who is hosting the 40 years anniversary of Pierre Gildesgame Tournament (aka PGT) this May, has invited the football club from the Eshkol Regional Council to participate in the tournament. PGT is a youth football tournament that gathers Jewish youth from Scandinavia along with other countries for 4 days of football and social events. It is the biggest single event gathering the biggest number of Jewish youths in Scandinavia. Two football teams ages 12-15 had been invited to be guests of honor, free of charge.

We would like to give our youth time off and allow them to visit wonderful Copenhagen, to meet their peers from the Scandinavian countries, play football and get an experience for life.

Your support will allow them to do that and help to make this possible.

The Story of Pierre Gildesgame Tournament

It all started back in 1979 in the Swedish capital Stockholm all covered in snow, when Makkabi Stockholm invited sister clubs Hakoah Gothenburg, Hakoah Malmoe and Hakoah Copenhagen for a friendly youth tournament in football – “Makkabi Cup”. The following year Copenhagen reciprocated the invitation, slightly altering the name to “Maccabi Cup” in 1980. A tradition had thus been born.
The tournament has been held annually every spring ever since, and within a couple of years our friends from Maccabi Helsinki also joined the tournament, and a new member of the Maccabi family was even founded in Norway, in order for Maccabi Oslo to become a part of the gathering. The member cities of the tournament take turns to host the event, and today the members include all of the mentioned cities, yet today even Makkabi Estonia has also joined the fun as a full member.
In 1981, former president Pierre Gildesgame of the Maccabi World Union, the global mother organization of Jewish sports clubs in Europe, sadly passed away in a car accident. This led to the renaming of the tournament in his honor, in the middle of the 1980s. Today every Jewish kid in Scandinavia knows about PGT – the Pierre Gildesgame Tournament.
Throughout the years, Jewish teams from outside the traditional members of the PGT-family have been asked to join the tournament. Teams from Saint Petersburg, Riga, Antwerp and Frankfurt have joined the games. Last year’s host city, Maccabi Oslo, decided for the second time under their hosting to ask the regional council of Eshkol in Israel, to send a team. It is a magnificent opportunity for Jewish youth in Scandinavia to meet and socialize with youth from Israel. Copenhagen, the annual host city, has decided to pick up on this initiative from Oslo, once more inviting kids from Eshkol in Israel to join. 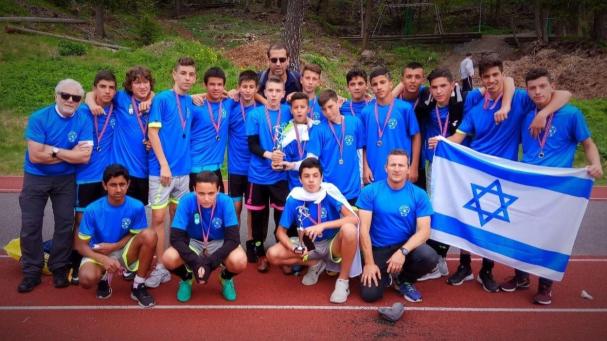 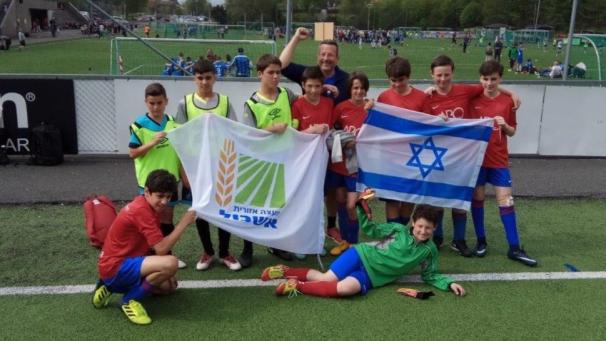